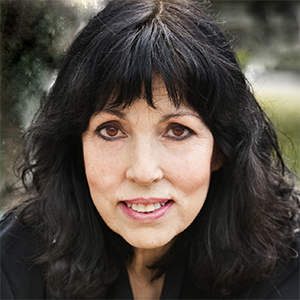 Dr. Diana Reiss is a cognitive psychologist, marine mammal scientist, and professor in the Department of Psychology at Hunter College and the Animal Behavior and Comparative Psychology Doctoral program at The Graduate Center, CUNY. She is the Co-Director of the Animal Behavior and Conservation MA and Certificate Program in the Psychology Department of Hunter College. The focus of the lab is on dolphin cognition and communication, comparative animal cognition, and the evolution of intelligence.

Dr. Reiss pioneered the use of an interactive underwater keyboard system with dolphins and they demonstrated unexpected levels of self-organized learning while using it to exert choice and control. She and her colleagues also demonstrated that bottlenose dolphins and Asian elephants) possess the rare ability for mirror self-recognition, previously considered unique to humans and great apes.

In a collaborative research program, M2C2, Dr. Reiss and Co-Director Dr. Marcelo Magnasco, Professor and head of the Laboratory of Integrative Neuroscience at Rockefeller University, and their labs are focusing on marine mammal communication and cognition. The research is conducted with dolphins at the National Aquarium in Baltimore, MD and at field sites in Belize and Bimini. By providing dolphins at the aquarium with choice and control we aim to further understand and elucidate their vocal learning and other cognitive abilities. Our aim is to develop new approaches for visual-acoustic tracking of dolphins to enable us to understand and decipher signal structure, organization and social function of their vocal repertoires. This involves extensive data collection and analysis efforts.

Dr. Reiss is currently working on the team at the National Aquarium to build the first dolphin sanctuary for the animals in their care. With Peter Gabriel, Vint Cerf, and Neil Gershenfeld, she is a co-founder of the Interspecies Internet. Dr. Reiss’s efforts also include the rescue and rehabilitation of stranded marine mammals, including the rescue operation of Humphrey, the Humpback whale that wandered into the Bay area in 1985 and captured international attention. She applies her research in advocating for global protection for dolphins and whales and bringing an end to the killing of dolphins in the drive hunts in Japan that were exposed in the Oscar winning film The Cove. Dr. Reiss’s work has been published in in numerous international and national journals and featured in science magazines, television segments and features, and newspaper articles. In her book The Dolphin in the Mirror, released in 2011, she shares her personal and professional experiences with what she calls “magnificent minds in the water.”